Arthur D. Burger, Chair of Jackson & Campbell’s Professional Responsibility Practice Group, will be the moderator on a Panel at the 44th ABA National Conference on Professional Responsibility. The panel will be on Friday, June 1 during the Conference in Louisville, KY from May 30-June 1 of 2018.  Art’s Panel, When Clients Go Rogue will feature speakers Carol ... Read More

The Clean Water Act limits the discharge of pollutants into “navigable waters,” which is defined by Congress as “the waters of the United States.” The EPA issued a Rule to define that term. While most agency rules are properly challenged in the federal district courts, the Act required challenges to rules issuing “any effluent limitation” or “issuing or denying any ... Read More

Court Holds That Tolling Statute “Stopped The Clock” On State Law Claims, Instead Of Providing A “Grace Period”

In Artis v. District of Columbia, Artis filed a suit against D.C. in federal court with a federal discrimination claim and some state claims. Two and a half years later, the district court dismissed the federal claim, and with it dismissed the state claims for lack of jurisdiction. Under 28 USC sec. 1367(d), the “period of limitations” for re-filing the ... Read More

Court Finds Probable Cause To Arrest Partygoers For Unlawful Entry

When police officers busted a raucous party being held in a vacant house, some of the partygoers said that “Peaches” owned the house and allowed the party. On the phone, though, Peaches admitted she had no such authority, and the true owner told police he had never given anyone permission to be there. The officers arrested the partygoers for violating ... Read More 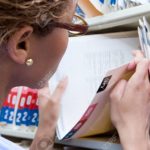 Delaware Supreme Court Rules on Malpractice Case Concerning Altered Medical Records The Supreme Court of Delaware disbarred a lawyer who had been practicing for more than three decades, with no prior disciplinary record, after he failed to produce the original version of altered medical records and then failed to correct the sworn testimony of the physician and physician’s assistant who altered ... Read More